Embaglow is the original, genuine flickering metal fibre gas fire ember. Launched at the UK Hearth and Home show in June 2007 and used by gas fire manufacturers for over 10 years, Embaglow is used to create a high level on glow on gas fires and is sold to OEM's across UK, Europe and North America. Although a simple idea, various materials were evaluated before eventually settling on the current high temperature metal alloy fibre. The fibre has a very thin diameter and responses instantly to the heat of the flame producing a shimmering glow as the gas flame moves over and then away from the fibrous metal ember. Embaglow is patent protected in the UK and has been successfully used on both open, glass fronted fires gas fires and gas fire pits to great effect.

The key features of Embaglow are:

How do I Use Embaglow?

Embaglow will arrive in a cardboard wallet, remove the Embaglow from the packet and gently roll the fibre into small bundles. Once rolled into bundles, follow your gas fire manufacturer’s instructions and place the Embaglow fibre in areas where the flames emerge. The videos below show how to prepare Embaglow for use on your fire and Embaglow in use.

What size packets are available?

Embaglow is sold in 1g packets and it is also available in a 50 x 1g packet display counter box, which is ideal for Retailers. 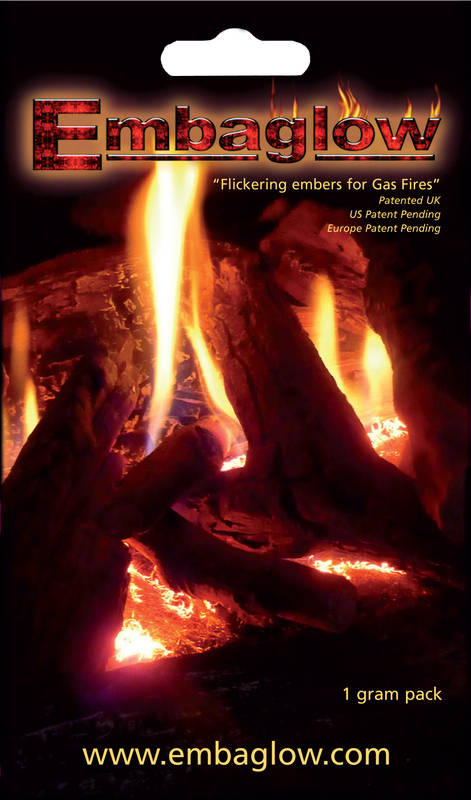 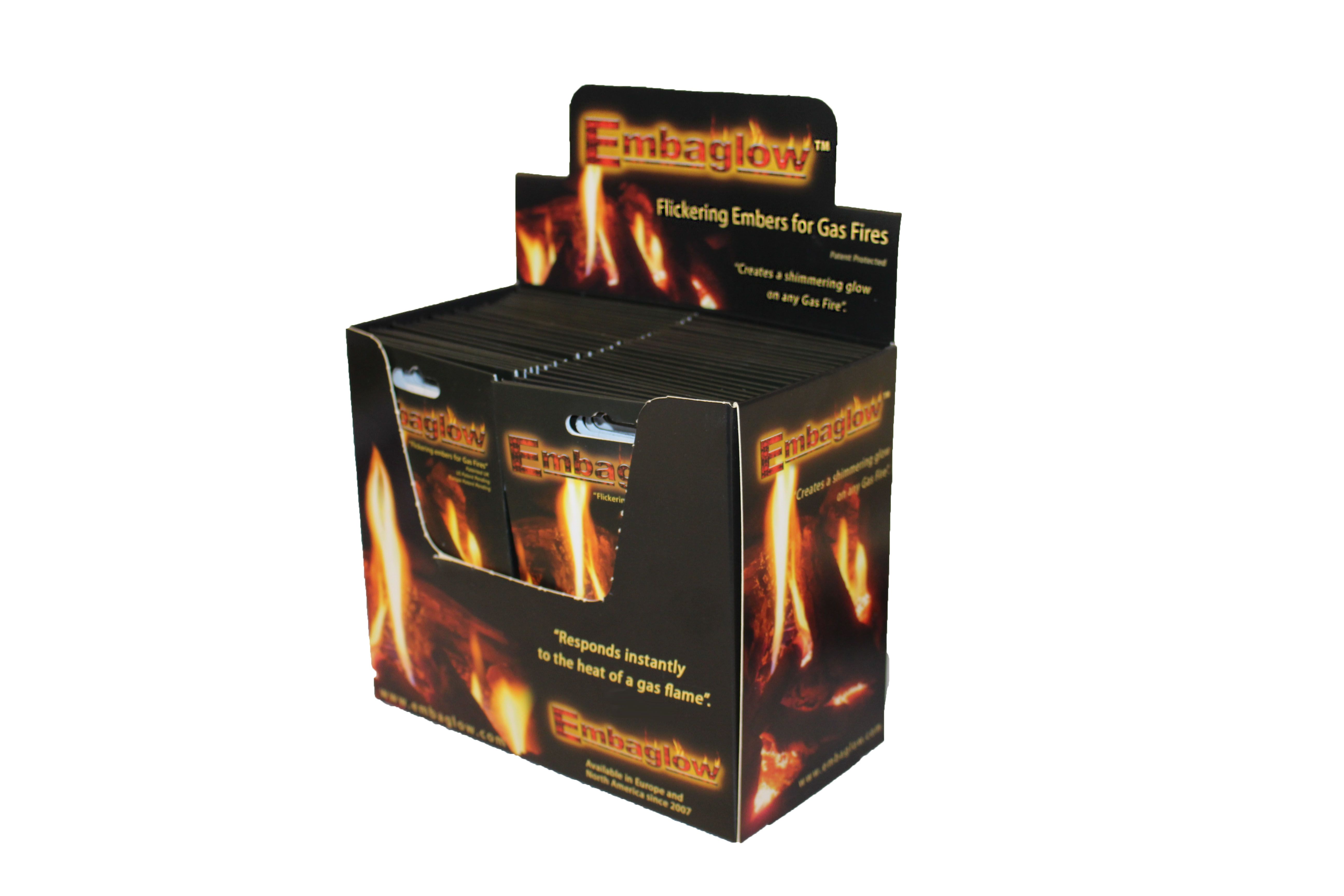 As a Retailer can I buy direct from you?

Yes, we ship Embaglow to retailers in the UK, Europe and North America.

As a Consumer, where can I buy Embaglow?

Embaglow is available in the UK, Europe and North America and can be purchased from your gas fire manufacturer, their retailers, EBay and Amazon.

If you are a gas fire manufacturer and are interested in using Embaglow we would love to hear from you. Contact Us